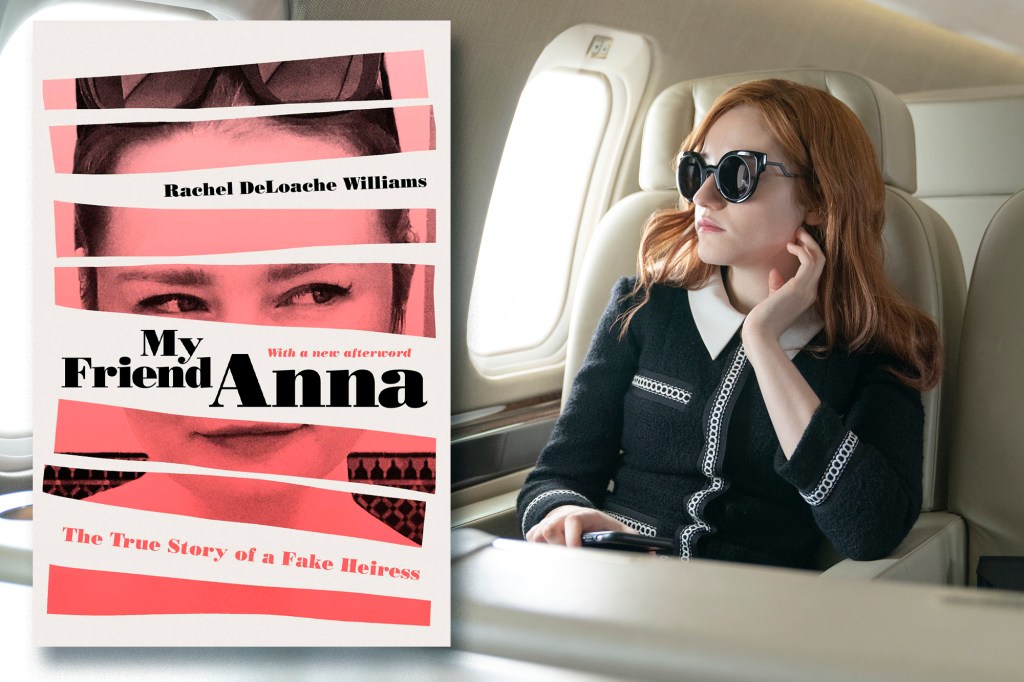 After completing “Inventing Anna”, you can read the book

“Inventing Anna” on Netflix is ​​everyone’s delicious obsession this winter. Starring Julia Garner as Anna “Delvey” Sorokin, the 9-episode series tells the story of fake German (really Russian) heiress named Anna, who broke into Manhattan in 2014 and got establish herself as an “It” girl with big business. plans and a huge trust fund. The trust fund didn’t exist, month-long stays at various fancy hotels were never paid for, and somehow the check – or in this case, the German wire transfer – was always by mail.

In reality, it was a girl of Russian origin named Anna Sorokin, who moved to Germany as a teenager. As a young woman, she decamped to Paris, started using the surname Delvey, traveled to New York, and a scam legend was born, complete with an Instagram account that depicted a glamorous, jet-set life.

If you’re desperate for more Anna content after finishing the series, look no further than “My Friend Anna: The True Story of the Fake Heiress Who Swindled Me and Half of New York” (Gallery Books) by Rachel DeLoache Williams. (Weirdly, Williams is portrayed unsympathetically on the show, while Anna is sometimes portrayed as some sort of feminist antihero rather than a lying thief.

Published in 2019, the book is the account of Williams’ friendship with Delvey – which invited Williams on a trip to Morocco, where they stayed in a $7,500-a-night private villa at the five-star La Mamounia hotel. . But complications arose – as they always did with Anna – and it turned out that her credit cards weren’t working. Faced with the possible involvement of the Moroccan police for nonpayment, Williams produced her own credit cards and was assured by Anna that she would reimburse her upon their return to the United States.

It was a lie, and Williams ended up with a bill for $62,000, much of it on her company credit card. Williams would eventually contact the New York District Attorney and help set up an undercover operation that caught Delvey.

“This show is playing on a fine line – peddling it as a true story, but also [in the title sequence disclaimer] saying “except all the parts that aren’t,” Williams told Vanity Fair’s newsletter recently. “When is a half-truth more dangerous than a lie?

What we read today: we are made of stories